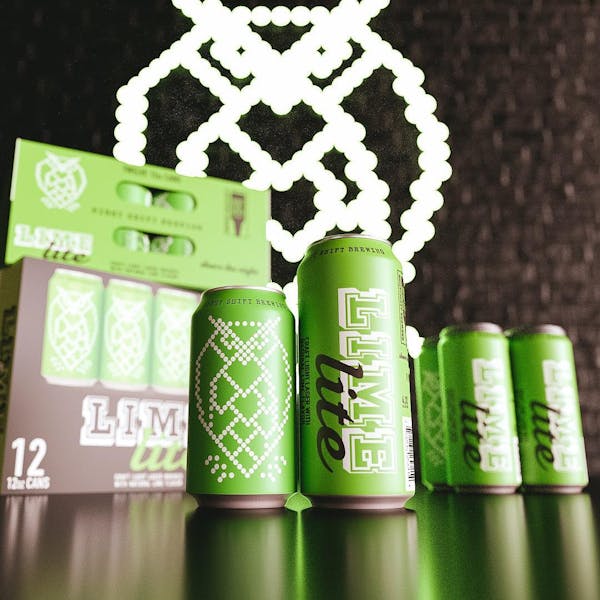 Night Shift Brewing is dropping beers in North Carolina and we couldn’t be more excited!

On Thursday, September 19th at at 6 pm, we’re tapping SIX of their beers all at once and offering to-go 4-packs (while supplies last).

Don’t miss out on a chance to taste this amazing beer!

Whirlpool New England Pale Ale (4.5% ABV)
This flagship New England pale ale is brewed with a malt bill of wheat, oats, and barley. Mosaic and Summer hops are used in the kettle, and then dry-hopped with another round of Mosaic. Whirlpool pours straw yellow and slightly hazy. Expect aromas of peach and mango, with notes of ripe citrus and a crisp finish (4-packs available, $15.99)

Santilli New England IPA (6% ABV)
This flagship American IPA is named after Santilli Highway, the street in Everett that Night Shift Brewing calls home. They first brewed this beer back in 2015 as a batch of their rotating series, Morph. It was too good to become a distant memory, and thus, Santilli was born. (4 packs available, $15.99)

The 87 DIPA (8.0% ABV)
Lovingly named after their address in Everett, MA, The 87 delivers juicy hop bombs. With crisp notes of sweet stone fruit that transport your taste buds to a tropical destination, The 87 is ready to sip no matter what the weather outside may be. (4-packs available, $17.99)

One Hop This Time: Mosaic IPA (6.0% ABV)
More than just a catchy demand from an old dance song, One Hop This Time makes it easy to understand the complex flavor profiles that various hop bills bring to the table. With their One Hop This Time IPA Series, Night Shift Brewing set out to isolate a single hop per can in order to better get to know what’s in your craft beer. (4-packs available, $15.99)

All the Peels Wheat Beer (5.0% ABV)
A tall, crisp, sip of citrus, All the Peels is a refreshing pour bursting with bright notes of orange, light bubblegum, and banana. Brewed with 50% barley, 40% wheat, and 10% oats, All the Peels pours golden in color with a fluffy white head and a hazy, unfiltered look. This wheat ale with orange peel will definitely have you in your feelings (or peelings). (4-packs available, $15.99)

What’s available in the Fridge of Curiosities:

Nite Lite Lager (4.3% ABV)
Craft drinkers deserve delicious light beer. Nite Lite is an unfiltered, unpasteurized, all natural, craft light lager that everyone can get excited about. Coming in at only 120 calories and 4.3% ABV, Nite Lite is perfect for your next tailgate, barbecue, concert or sporting event. (4-packs available, $9.99)

Lite Lime Lager (4.3% ABV)
At 4.3% ABV and 120 calories per serving, Lime Lite features natural lime in its recipe. Like Nite Lite, Lime Lite is unfiltered, unpasteurized, and preservative-free. It sips super refreshing and crisp, with a hint of lime citrus. (4-packs available, $9.99)